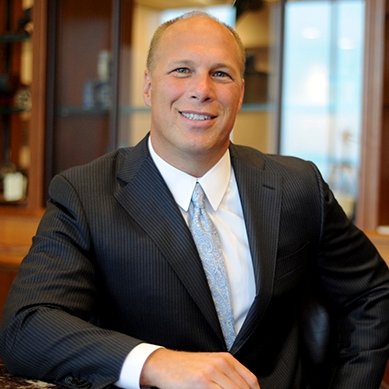 US Courts of Appeals

Over the course of his career, Raymond, a founding member of the firm, has served as lead counsel in dozens of large and noteworthy cases, representing both plaintiffs and defendants in litigation involving patent, trademark, trade dress, and unfair competition claims.

In the past five years, Raymond has won two jury verdicts each ranking among the Top 100 Verdicts in the country. On October 5, 2015, Raymond won a $54 million jury award for his client Black & Decker on the yellow and black color scheme for its DeWalt line of power tools – one of the largest trademark infringement jury verdicts in history. On September 18, 2019, Raymond achieved a judgment of $4.3 million dollars for Chicago-based Kolcraft Enterprises, on a patent for children’s play yard products. This Judgment arose from his successful $3.2 million jury verdict on August 31, 2018. In February 2016, Raymond succeeded in obtaining a settlement of more than $7.5 million for his client Weber-Stephen Products, LLC in litigation involving its Genesis line of grills. In Raymond’s first trial as lead counsel nearly 20 years ago, he won a jury verdict of $2.1 million for Chicago company Control Alt Design, where the jury also found willful patent infringement, allowing the Court to increase the damages to $6.3 million. In 2004, Raymond was selected as one of the “Top 40 Illinois Attorneys Under 40” by the Illinois Law Bulletin, which reviewed more than a thousand nominations and chose him among the best lawyers in Illinois under 40. Since the beginning of his career, Raymond has obtained more than $250 million in verdicts and settlements for his clients. Raymond is widely considered one of the top IP trial attorneys in the country.

Raymond has successfully handled patent infringement defense cases for B. Braun Medical, Stanley Black & Decker, Weber-Stephen Products, ValueClick (now Conversant), Lemko Corp. and others. In February 2014, Raymond defended Progressive Medical, Inc. in a jury trial involving elastomeric infusion pumps, filed by plaintiff Kimberly-Clark in the Central District of California. After the Court’s favorable pretrial rulings at the start of trial and Raymond’s opening statement to the jury (which was the subject of an article in the IP360 legal publication (http://www.law360.com/ip/articles/513697), Kimberly-Clark reached a mid-trial settlement with Progressive. Among his notable defense victories, Raymond convinced the Federal Circuit (on May 21, 2007) to affirm summary judgment of noninfringement in a landmark patent suit against Black & Decker, with sales of the accused string trimmer products exceeding $300 million. Raymond was lead counsel throughout the case, arguing the summary judgment motion before the District Court in Kentucky, as well as the appeal before the Federal Circuit in Washington DC. Raymond has also achieved favorable trademark defense decisions in separate actions involving Black & Decker’s Snakelight® flashlight and other trademarks.

Raymond has been married for 29 years and has 5 children. He wrestled in high school, played rugby in college, and currently participates in CrossFit events. Raymond graduated from Indiana University in 1988 with a Bachelor of Science degree. He received his law degree from DePaul University College of Law in 1991. As well as being involved in his litigation practice, Raymond taught courses at DePaul law school, and has been an invited panel speaker at several LES, Chicago Bar Association and other professional events. Before founding, Niro McAndrews, LLP, Raymond was a partner and one of the top trial attorneys at Niro, Scavone, Haller & Niro.