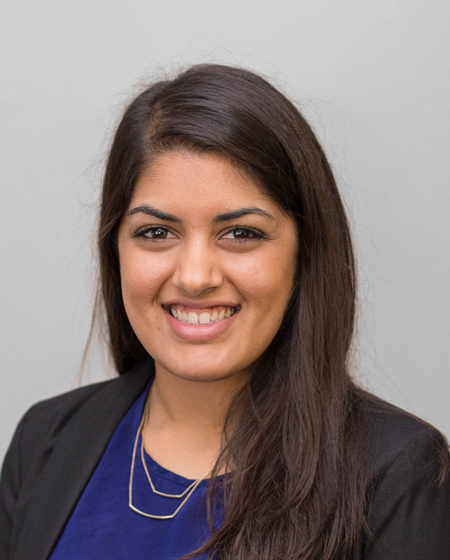 Anisha Mehta is an Associate at the firm, and her practice involves intellectual property litigation matters, focusing primarily on patent, trademark, and trade dress infringement. In October 2015, Anisha was an integral part of a trade dress infringement jury trial, resulting in a $54 million jury verdict for the firm’s client, Black & Decker.

In 2012, Ms. Mehta received her Bachelor of Arts degree in Biological Sciences with a concentration in Molecular and Cellular Biology and a Minor in Pre-Law at Kent State University. In 2015, she received her Juris Doctor degree and Certificate in Intellectual Property at The John Marshall Law School. Anisha was a Board Member and Symposium Editor for the Journal of Information Technology and Privacy Law (JITPL) at The John Marshall Law School, in which she was published twice. Anisha also participated in the nation-wide Giles Rich Patent Moot Court Competition and was a part of the Patent Clinic at her law school.

Ms. Mehta has been admitted to practice law in the Supreme Court of the State of Illinois and the U.S. District Court for the Northern District of Illinois.